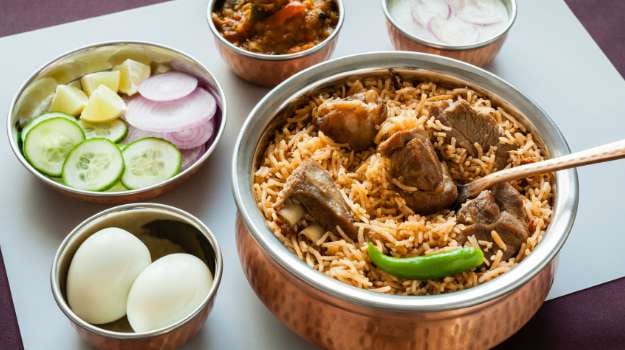 Regional food in India has been seeing its own Renaissance. But despite the fact that there is an increased interest on the part of both consumers and chefs to delve into pan-Indian cuisines, it is a fact that we know very little about most of them. Case in point is 'Avadhi food', which has been in the commercial domain for a while, yet it remains somewhat of a mystery. We may love to indulge in a kakori kebab, have wedding counters full of food from the region and we may rave about Lucknow as one of the culinary capitals of India, but do we really understand what Avadhi food is all about? What makes its qormas, biryanisand kebab distinctive? And what really are the nuances that make this food completely different from other 'courtly cuisines' in other parts of the country?

But first, just the term 'Avadhi'. What is much of UP, Uttar Pradesh, the heart of the Indo-Gangetic plain, was christened by the British as the "United Provinces of Agra and Oudh". 'Oudh' or Avadh, with its capital in Faizabad was an important Mughal outpost with considerable territory and cultural dominance. Agra, of course, became the seat of the empire, while Avadh came under the rule of Mughal subsidiaries, the Shia Nawabs from Nishapur, Iran, post the Maratha battles, in the 18th century.

As Avadh grew in importance, a distinct, refined courtly culture developed, influenced by the sophistication of the Persians, but equally an outcome of what we now call the Indo-Islamic culture of India-our Ganga-Jamuna tehzeeb. Hindu and Muslim influences, usually upper-class because this is where most of the social courtly mingling also occurred, came together to foster a highly stylized culture. It was but natural that one of the outcomes of this formal, sophisticated culture was also a stylized cuisine, marked by the dexterity and inventiveness of cooks and the hyperbolic lavishness of plates. Food played an important role in diplomacy, with the cooks of the nawabs creating newer dishes from older Mughal ones, not merely to impress their patrons (the Muslim nobility as well as the Kayastha administrators) but also the British residents and visitors from other princely states who had to be entertained.

When we talk of Avadhi food today, essentially Nawabi food from Avadh (though the broader term may as well include the food of other communities that lived in the province) there is no one perhaps better placed than Chef Gulam Qureshi to talk about the nuances. Chef Qureshi heads Dum Pukht at ITC Maurya, the most popular restaurant, recently turned 25 years old, to serve exclusively Avadhi-style food in the country. He belongs to the Qureshi family, whose members are now spread all over the Indian restaurant kitchens, after Imtiaz Qureshi (Chef Gulam's father-in-law) made the transition from being a caterer in Lucknow (the family, whose traditional occupation was butchery had turned to catering) to five-star hospitality in Delhi.

But Chef Gulam is of a generation that still recalls the rigorous work involved in cooking for large numbers. He can give you the exact number of rotis, for instance, that 10 kg of wheat flour will produce. Over the years, each time I have mentioned La Martiniere, my own alma mater, to him, Chef Gulam has looked back nostalgically at his days spent as an apprentice cook with his father and uncle in Lucknow-rolling out rotis for the La Martiniere canteen! Each roti (what we call the roomali, made to go with kebab) had to be perfectly thin, else the tightly-controlled quantity of flour would not be sufficient. Perfect training for a restaurant, as it were.

Avadhi food, is, of course, far more than roti and boti (bread and meat). Many of the fabulous qormas that we associate with the cuisine display a very sophisticated sense of spicing, which makes the cuisine at once distinctive from other similar cuisines. Rampur and Lucknow may not be geographically far apart, but their cuisines are distinctive because the Afghan-influenced cooking of Rampur is much "rougher" in its use of whole spices than the inherent sophistication of Lucknow. Overpowering flavours are not used in Avadhi courtly food; instead a balance of flavours is achieved by intricately combining different types of spices. "Garlic, for instance, is never used in any dish where we use saffron," points out Gulam. The pungency of the ingredient kills any subtlety of other spices. So Avadhi chefs will, or should, always work with separate ginger and garlic pastes, freshly made, using garlic much more infrequently in their creations than ginger.

Take for example, the kebab. Avadhi cuisine is synonymous with the kakori kebab. There are many stories about the invention of the kebab, including one that it was created for the British resident, who sought a softer version of the seekh kebab. The name "kakori" may be a commercial creation though. "Reshmi" kebab had got popular in Lucknow and neighbouring areas and perhaps those made in kakori caught the fancy of gourmands. At Dum Pukht, which serves the finest versions of these kebab anywhere, Chef Gulam personally selects the right cuts of tender and juicy meat, enough kidney fat to add succulence, and shapes them himself. Each of these variables are vital to turning out the perfect kebab.

The other galawat ka kebab (kebab made using a natural tenderizer like papaya) is what we now call the "galauti kebab". Lucknow and its kebabchi like Tundey mian have earned quite a reputation for turning out galauti kebabs with mystical masala! The galauti kebab masala is a tightly controlled secret even now within restaurant kitchens. Each master chef will do his own, and try and approximate Tundey mian's recipe-said to contain more than a 100 ingredients, many obscure. That may be more legend than anything else. And many, including Chef Gulam, contend that the kebab requires not more than 20-odd spices, but used judiciously.

The galauti is actually a simpler kebab to make than that Avadhi/Dilli special-the shami kebab. The shami kebab involves minced meat and chana dal, cooked with whole spices tied in a muslin cloth (potli masala), then grinding the two together, shaping them and then cooking the kebab. It is a dual process of cooking. The galauti involves just one-time cooking, so it is less labour-intensive and easier to do in commercial set ups.

The Avadhi biryani, on the other hand, exemplifies the art of subtle spicing. Much less robust than the biryanis of other regions-including Hyderabad, where stronger Deccan spices are used, it's edge comes from each grain of rice being flavoured perfectly. The Avadhi biryani is a pucci biryani - where rice and meat are cooked separately and then layered to cook again on "dum", so that flavours intermingle. (The Hyderabadi biryani, on the other hand, is a kachchi biryani, where all ingredients cook together.) But the biryani is a later day invention. It is really the pulao you should seek out, a far more elegant dish.

The main distinction between a biryani and a pulao is that in the later, rice and meat cook together. The spicing is also more subtle and restrained and there is no question of bunging in all sorts of "extra" ingredients like dried fruit and rose water to rev up the dish. In that sense, the pulao is a purer dish focussed on basic ingredients. Chef Gulam has now recreated a doodh ka pulao - cooked in just milk and what we call "white masala", aromatic but subtle spices, including white pepper instead of the deadly peeli mirch that goes into many Avadhi creations.

Cooking on dum is a distinctive Avadhi technique. Ironically, it was not a courtly tradition at all, but a common man's creation. Food-meat, rice, vegetables, spices-were all bunged into a pot (during the building of the Imambara in Lucknow, the story goes, when armies of workers had to be fed) and the meal slow cooked on fire. The technique caught on and dishes were refined for upper class homes. Recipes like shabdeg-where meat is cooked with turnips-or others where meat is cooked with plums, apricots and so on (the Persian influence is quite evident in the cooking with fruit) were a result of this inventiveness. Scenting the qorma with rose water or meetha itr (perfume) is also an Avadhi speciality, and shows up the Persian influence on the cuisine.

Food cooked for the common man in the bazaars also meant that the size of the sheermals and other breads is pretty big. "There was no point making dainty bits; you can't cook like that for huge numbers", points out chef Gulam. These breads were cut in pieces and sold, or given to people as the carb base for the kebab protein, ensuring a wholesome meal. It is nuggets of information like these that help us appreciate and understand why dishes are cooked a certain way.

So, the next time you order a kebab or reach for a bite of sheermal and qorma, remember the history behind it. A food story is not just a string of words, it helps give meaning to our everyday experiences!