Here's a list of top 7 foods, which are easily available at home and are sworn by our grandmas as great for consumption before and during the periods 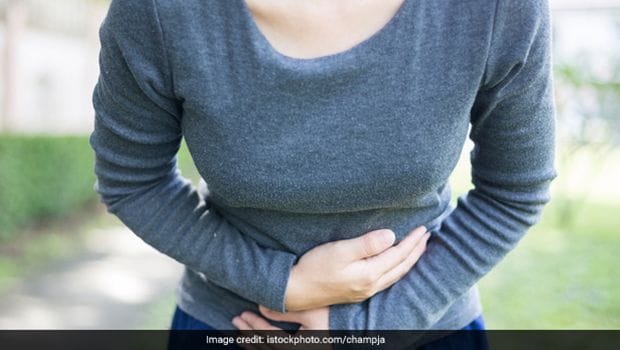 Women who suffer from PCOD or other similar fertility issues, find a hard time getting their periods on time. In cases like these, imbalance of hormones is majorly seen as the cause of delay in the regular menstrual flow. Sometimes, reasons like stress, overeating or undue pressure also causes irregularity in periods, late periods could further induce more stress- and then it becomes a vicious cycle of sorts. In order to combat this, some women sought medical treatment and begin medication, while many resort to Ayurvedic treatment. The rest of the lot falls on altering their diets to alleviate this condition or focus on changing their lifestyle in hopes for some respite.

It's been seen that apart from simply having a nutrient-rich diet and exercising regularly, there are other factors that are known to induce periods and regulate menstruation. Folk wisdom dictates that there are certain foods when added to one's diet are known to be effective in bringing periods early or on its scheduled time.

It's a known fact that for a woman, menstruating regularly is important for her reproductive health. It is what keeps a woman's fertility and hormones level balanced. Given that certain food when consumed in addition to proper medication and a balanced diet are reported to induce periods. It becomes a prospective solution for these common woes widespread among female sex.

It's a known fact that for a woman, menstruating regularly is important for her reproductive health

Having said that, here's a list of top 7 foods, which are easily available at home and are sworn by our grandmas as great for consumption before and during the periods:

The presence of Caffeine in coffee is reported to stimulate oestrogen, which causes your periods to come early. Caffeine is also the chemical known for relieving pain during menstruation. Dr. Sarita Gupta who is a gynaecologist shares her opinion, "there are certain foods that is recommended during menstruation to relieve pain. Coffee is the most prominent among them because of caffeine and its migraine and headache relieving properties."

The presence of Caffeine in coffee is reported to stimulate oestrogen

Snacking on almonds and walnuts can be a good way to prepare yourself before the impending shark week. Both of these variety of nuts are rich in fibre and proteins; their function in inducing internal heat can further be a basis for regulating periods. Eating a handful of these before periods can be good for your health and consequently your fertility.

Fruits like papaya consists of carotene, which is known to stimulate oestrogen hormone causing periods to get preponed. Pineapple is another such fruit, high in vitamin C, which is believed to generate heat in the pelvic region, causing further contraction in uterus and is a reason for shedding of uterine lining. Henceforth, making your periods to come on its scheduled time or preventing its delay.

Mangoes are known to have similar effects during periods. Vitamin C in these fruits is what increases the amount of oestrogen in body and reduces progesterone hormone, which is the reason for contraction in uterus and shredding of blood lining, respectively.

Fruits like papaya consists of carotene, which is known to stimulate oestrogen

Date fruits generate heat that is why they are preferred in winters. Drinking warm date milk can definitely be relieving during menstruation. If taken every night before sleep during wintery months, it surely has positive effects on your reproductive and menstrual health.

It is another heat-generating food that is preferred in winters. Although, it is primarily known for treating the occurrence of scanty periods. However, it is also proved to be beneficial to bring your periods on time.

Jaggery is also advised by many doctors to be consumed during the periods because of its propensity to increase haemoglobin in the blood. Dr. Ridhika Kaushik, who is practicing medicine at Dayal Hospital, says, "We advise our patients to take jaggery in small amounts during menstruation, to maintain the iron level in the body."

It's an emmenagogue that functions as a stimulator of blood flow in uterus and pelvic region. Its antispasmodic effects expand the uterus, signalling the onset of menstruation. This phenomenon is most talked about in the Chinese traditional medicine. Drinking turmeric with hot water or milk can be really useful for women looking forwards for their periods to come around its scheduled time.

It's an emmenagogue that functions as a stimulator of blood flow

It is another emmenagogue and naturally considered as a herb, which is known to induce menstrual flow. Ginger can be taken throughout the year in many forms, ranging from food to beverages. Its effect will be the most pronounced, if it is consumed in the form of hot brewed tea, which is sweetened with honey.

Honey, in itself, is very soothing for your body, especially during menstruation. When combined with ginger, it accentuates its effect by increasing internal heat in your body and causing periods to be preponed.

It is another emmenagogue and naturally considered as a herb

In addition to their general properties as stated above, most of these foods (ginger, jaggery, turmeric, almonds and pineapple) have anti-inflammation properties that can also help in eliminating menstrual cramps. So, this time add one of these foods to your diet to see the result immediately.