The Story of Maharashtrian Food and Local Flavours of the State 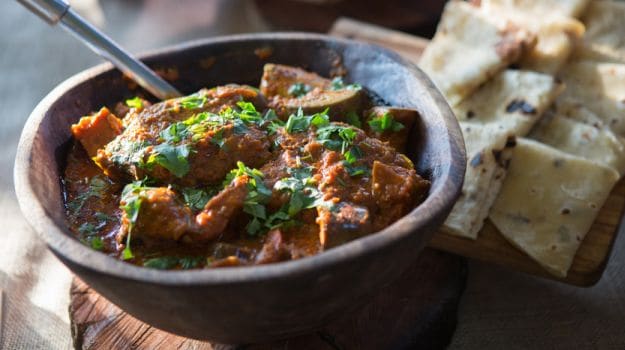 When I hear "Ganpati Bappa Moriya" the sweet and flavourful Modak comes to my mind. These dainty dumplings are stuffed with a mixture of grated coconut, jaggery, poppy seeds and dry fruits. You'll agree with me that the beautiful beaches of Mumbai are incomplete without the quintessential Vada Pav, Bhel Puri and Pav Bhaji. Food is an integral part of Maharashtra's cultural heritage. Its prominence increased in the 17th century with rise of Shivaji Bhosle who established the Maratha Empire. Maharashtrian food prepared in the royal kitchens was an extraordinary treat. The meal included a variety of vegetarian and non-vegetarian dishes balanced with different tastes and flavours.

From the coastal delicacies of the Kokan where fish curry and rice is a staple to the specialities of Deccan plateau and the fiery fare from heat of Vidharbha in the east, Maharashtrian food is truly unique. Wheat, rice, jowar, bajra, lentils and seasonal fruits and vegetables staples. The highlight of this cuisine is the use of peanuts and coconut in most dishes. Maharastrian meals are based Ayurvedic principles. It is believed that your daily meal should be well-balanced which is why a traditional Maharashtrian thali will have Rice, Chapati, Dry Vegetables, Curry, Lentils, Salad, Pickle, Chutney and a Dessert. All the flavours like spicy, savoury, sour, bitter and sweet are packed into one plate.

Machindra Kasture, Executive Chef at Ashok Hotel who is also a Marathi shares, "Marathi cuisine is based on Ayurvedic and scientific principles. For example, during the Sankranti festival we put Til (Sesame) in our food because it builds our immunity and helps fight seasonal changes. Similarly, Kokum Sharbat is a summer treat as it not just cools your body but also helps in digestion."

The coastal region of Maharashtra is famous for its Malawani Cuisine. Malvan is a town in the on the west coast of Maharashtra. Here, coconut is used in almost every form - grated, dried, fried, coconut milk or paste. Kokum, amsul, tamarind and raw mango are some special ingredients that set this cuisine apart. Kombadi Vade and Solkadhi are two popular dishes of this region that one shouldn't miss. Another popular coastal cuisine is the Saraswat cuisine. It is famous throughout the western coast of Maharashtra.

Maharashtra is a land of unique local flavours. The CKP cuisine was introduced by the Kayasthas. The culinary tradition involves the use of spices like saffron and poppy seeds. You'll find rich mutton curries gravies along north along with dishes made with coconut, raw mango, red chillies, fish and sea shells. CKP cuisine is well known dishes like the Bheja Pao or dry liver are famous. If you get a chance, you must try the Kolambi (prawns).

The North-Western region of Maharashtra which covers areas like Jalgaon, Malegaon and Nasik is known for its extremely spicy curries. This cuisine is called the Khandeshi cuisine which is the hottest cuisine of Maharashtra. Peanut oil, dry coconut and the Lavangi Mirch are the highlights of this cuisine. The curries are identifiable because of the red spicy oil that floats atop and is called 'Tawang or Tarri'. Don't miss out on the Shev Bhaji, Vangyacha Bharit (Baigan Bharta) and the dessert, Khaprachi Puran Poli that can soothe a fiery mouth. This Puran Poli is cooked on a dome-shaped pan called 'mande' (looks like an inverted Kadhai) which is kept over a clay oven.

You may have also heard about the Kolhapuri cuisine, it is one of the popular variants. This is another spicy regional cuisine that belongs to Kolhapur in Maharashtra. Kohlapuri Mutton Sukka and the Kohlapuri Missal are must haves.

And finally, we have the Deshashtha cuisine belongs to the Deccan Plateau region of Maharashtra. The speciality of this cuisine is the use of freshly ground masalas like Goda Masala and Methkut Masala which is made from the combination of various spices and dals (lentils). "Desh" is known for its traditional bread called Bhakri which is eaten in place of roti or chapatti. It is made with jowar and bajra.

Mahashtrians are also known for their sweet tooth. Ganesh Chaturthi is the time when you'll have the best Modaks in town. This popular sweet is prepared in two different style one is steamed and the other is fried. It is believed that Modak was the favourite sweet of lord Ganesh and hence it is cooked to please him. The Amrakhanda made with yogurt and mangoes is a delicious summer treat. Basundi is another loved sweet made from milk. It is more like rabri and is eaten with puri.

Despite having such a wonderful variety to savour, regional Maharashtrian food still remains unexplored. But you should know that the variety of local flavours can easily excite your taste buds and leave you satisfied.