Makar Sankranti 2021: What Is The Significance Of Having Khichdi On This Festival (With Khichdi Recipes)

Khichdi is one of the most basic dishes made up of a combination of rice and lentils with very little spices is quintessential to the Indian diet. 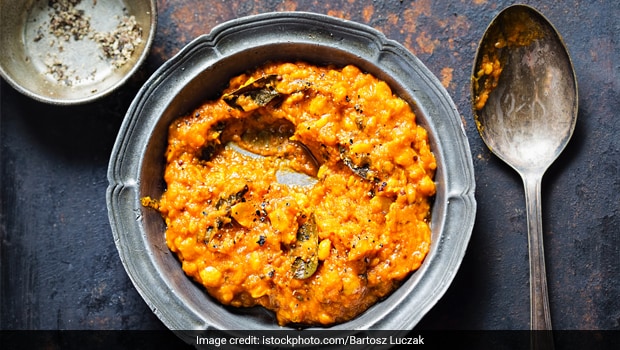 Makar Sankranti 2021: Khichdi is one of the most staple foods eaten on the festival.

Makar Sankranti 2021 is one among many harvest festivals that will be celebrated soon. There are many other festivals like Lohri, Pongal and Bihu also fall around the same time. On Makar Sankranti, we tend to eat traditional foods and sweets such as sesame ladoos and peanut chikkis. But did you know that one of the important foods that the festival is celebrated with is the simple, humble khichdi? In fact, the humble khichdi is so integral to the festivities that Makar Sankranti is alternatively called 'Khichdi' in some regions of the country. So, what is the significance of khichdi during the festival and how is it relevant? Here's all you need to know!

Khichdi is one of the most basic dishes eaten on the festival.

Why Is Khichdi Made On Makar Sankranti?

Khichdi is one of the most basic dishes cooked in any household. The classic dish made up of a combination of rice and lentils with very little spices is quintessential to the Indian diet. The dish is also easily to cook and requires only a single pot for cooking the broth. It is, thus, a tradition to eat Khichdi during the festival of Makar Sankranti.

The alternative name of the festival 'Khichdi' originates from the state of Uttar Pradesh. The staple khichdi made up of rice and lentils is actually supposed to be the favourite food of the Hindu god Gorakshnath, whose idol is installed in a temple in Gorakhanth. The deity is served khichdi as an offering on the day of Makar Sankranti. Devotees throng the temple and offer the Lord rice, lentils and haldi and seek blessings for a prosperous harvest year ahead. Khichdi is then served to all the devotees present at the temple as a 'prasada' or blessing from god.

Since the dish is cooked in a single pot, it is symbolic of unity. Further, freshly harvested rice and lentils are used to cook up this Makar Sankranti special dish. This means that it signifies the process of life and regeneration that further indicates the beginning of the new harvest year.

The best thing about khichdi is the fact that it is one of the simplest dishes to digest. Apart from being light on the stomach, khichdi is relevant to the season in which Makar Sankranti is celebrated. The temperature during the season fluctuates from being chilling cold to surprisingly lukewarm, which may lead to vulnerable health conditions. Khichdi is the perfect dish to satiate the appetite and provide the body with much-needed nutrition too.

Khichdi is essential to every household for its nutritional value.

Types Of Khichdi You Can Prepare On Makar Sankranti

Even though khichdi is a seemingly simple dish, the variations and possibilities in khichdi are endless. Various grains such as bajra, millet and jowar can be used to make khichdi as can innumerable lentils. Spices and vegetables can also be added to the dish to make it more colourful. There is no one particular type of khichdi that is cooked on Makar Sankranti.

What better way to celebrate the festival than cook up this delicious delicacy in your own kitchen! Here are a few unique recipes that you can try on Makar Sankranti 2020:

Traditionally made during Navratras, this recipe is a winner for all seasons. Click here to know the recipe.

This simple recipe is a heaven for the fitness conscious. Find the recipe here.

Who knew oats could be so versatile? This oats khichdi recipe will win your heart with its delicious taste.

Potato in a khichdi, is that even a thing? Well, according to our recipe, it is!

The khichdi recipe got a whole lot fortified with this bajra and moong dal recipe.

Imagine three dals in a single khichdi, could there be anything more nutritious? Find out how to make it here.

Happy Makar Sankranti 2021 to all our readers!