Bakrid 2016 Special: Where to Get the Best Keema Pav in Mumbai 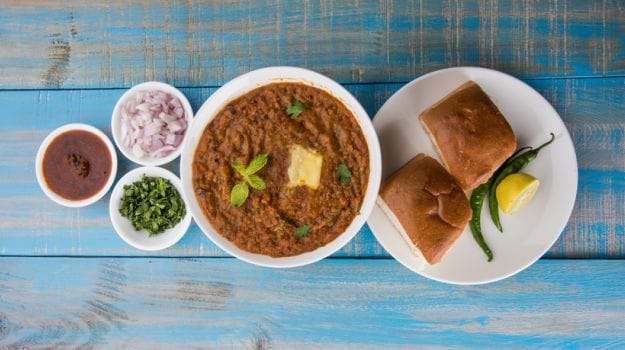 Kheema Pav is one of the most classic breakfast dishes in Mumbai. On Bakra Eid 2016, we celebrate this iconic dish, adopted by the city, cutting across communities and religions.

Lucky Restaurant, in the suburb of Bandra, is best known for its biryani. It is also one place where you can go to for a good Keema Pav breakfast. Its founder had come to India from Iran in 1910 and started the restaurant in 1938. In the beginning, Lucky used to open at five in the morning and offered Keema Pav, Bun Maska and chai to his customers, who were then mostly mill workers, according to Mr Safar Ali whose father had started the restaurant. Lucky opens at 9 am now and the Keema Pav, Anda Burjee and chai there still make for quite the breakfast of champions.

The taste of the keema at Lucky has a strong garam masala base, and it is a lot less oily than it was traditionally. Mr Safar Ali's son Mohsen, who runs the restaurant now, says that they add extra 'tari' to the dish on request for old timers who miss the grease. Tari is the oil that comes out when the keema is cooked. The keema here is available all day.

(For aromatic spices to spruce up your regular cooking, shop now!)

Some of the other popular Irani cafes in Mumbai for keema are Kyanis and Co in Marine Lines, Koolar and Co in Matunga and Good Luck Café in Bandra.

(For natural sugars and sweeteners to add in your baking, shop now!)

I recently met Cyrus Broacha at a recording studio in Mumbai's Khar. Cyrus kindly offered to share his Keema Pav breakfast with me that morning and I accepted his offer. The keema was from a local restaurant called Rajasthan and was sent in a humble plastic bag by the restaurant.

This keema was oilier than the one at Lucky, and slighter sweeter too. The flavour of garam masala was mild, and it had soft green peas in it. It combined very well with the pillowy slices of pav that were sent with it.

Don't get confused by the name of the restaurant, expecting that they serve Rajasthani vegetarian classics such as Dal Bati Churma and Gatte ke Sabzi. As Anaggh Desai, an old Mumbai hand and food lover tells me, Rajasthan is actually a Chilia restaurant! Chilias are a Muslim community from Gujarat who own quite a few restaurants, which offer inexpensively priced Mughlai food in Mumbai.

Olympia at Colaba, which is a Chilia restaurant too, is well known for its keema  breakfast.

(Looking for healthy flours to add to your everyday cooking? Shop now!)

Talking of Cyrus Broacha, his friend and TV show co-host and popular foodie, Kunal Vijayakar had once recommended a place called Grant House to me for its keema. Grant House is located at the base of the JJ Flyover on the way to the Chhatrapati Shivaji Terminus. I followed Kunal's advice and went there and found the keema to be really nice. The meat used was of very good quality, the flavours well balanced, and it was neither too oily nor too dry.

Grant House was started by Laxman Varma, who had come to Mumbai from Hyderabad in the 1950s, when he was in his teens. He started his life in Mumbai as a waiter working in local restaurants. Then opened a small shack where he sold Omelette Pavs, chai and Vada Pavs. The shop was known as the 'Police Canteen' as it was frequented by local policemen. It was also a favourite of students from the nearby Sir JJ College of Art. Mr Varma opened his restaurant, Grant House, in 1996. It is run by his sons today. Apart from the keema, some of the other dishes such as the crab curry at Grant House are pretty good too.

Maharashtrians are fond of keema. My cousin, who is interning with a bank and has been posted in the Beed district of Maharashtra, can't get enough of the spicy keema available there. You will get keema in most of the Malvani restaurants in Mumbai's Dadar and Parel area.

I once tried the keema at the original branch of Gajalee, which is located in Vile Parle East. Gajalee is famous for its Malvani food from coastal Maharashtra though it is actually owned by a Shetty family. The owners belong to the Mangalorean community that had replaced the Iranis as the leading restaurant owning community in Mumbai.

The keema that I tried at Gajalee had a lovely, bewitchingly near-creamy texture. The curry had a resounding meaty feel to it. The hand pounded (as against machine ground) keema used here gave the dish a nice body. As I mentioned earlier, Gajalee is famous for its seafood. I would not have thought of ordering the keema there had it not been for the recommendation of, advertising professional and food lover, Dhunji Wadia.

If you want a modern setting to have your keema in, with air-conditioning and free wifi to go with it, then try the keema at the Social Offline outlets. They call it Kheema Ghotala but serve a fried egg on top instead of scrambling it in, which makes it more of a Keema per Eendu as some would say. Parsis have the practice of adding a fried egg on top of dishes and suffixing the name with 'per eendu'. Hence tomato per eendu, salli per eendu, papeta per eendu, bheeda (okra!) per eendu and so on.

I have had the keema at the Khar branch of the Social and found it to be rich and spicy, and quite the perfect morning pick me up, whatever be the semantic issues around the dish.

Keema has made an entry into some of the Mumbai's five star hotels too as they have begun to recognise the dish's role in the city's culinary heritage. I have had some pretty good keema in the breakfast buffets at Hornbys Pavilion at the ITC Grand Central and the Lotus Café at JW Marriott, Juhu.

So if you are in Mumbai, love meat and want a spicy and power-packed start to the day, then a good plate of keema with pav is just what you need and I hope I have given you some ideas on where to start your keema hunt from.