Military Hotels from an Era When Bengaluru was Still Bangalore 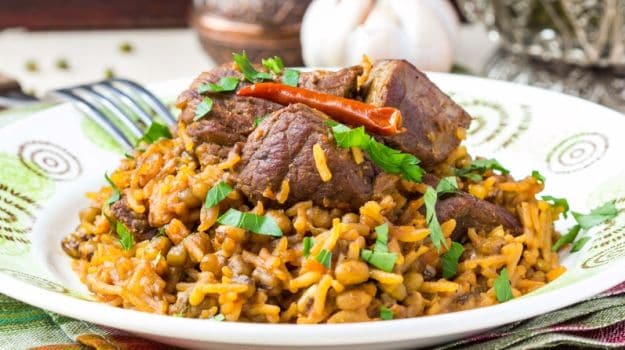 Gentrification; this term usually resonates with anybody who has lived in Bangalore (it wasn’t Bengaluru then) longer than 20 years. Most neighbourhoods have been altered and new residential neighbourhoods have sprung up out of nowhere. So where does the soul of Bangalore exist? Some would argue that it is among the countless startups that typify the innovative IT stereotype. But for many, Bangalore is about its neighbourhoods like Basavangudi and Malleshwaram that still ooze with old world charm and the Cantonment areas. Like most people born in this city, I’m torn between Bangalore and Bengaluru.

For over 200 years, since the British moved here, Bangalore has been a strategic military hub. Almost all the city’s well-known thoroughfares (Brigade Road, Infantry road) have a military connection. If you are willing to brave the traffic and put Google Maps to the ultimate test, you might be able to unravel the city’s another quintessential military connection, its military hotels. Legendary establishments like Vidyarthi Bhavan with their crispy masala dose and Brahmin’s Coffee Bar might be top of mind when Bangaloreans talk about eateries that have stood the test of time. But the city’s military hotels have also been an integral part of the 20th Century Bangalore food scene, way before Chettinad hotels began to dot the cityscape.

Quite a few theories surround Bengaluru’s military hotels. Some historians suggest that the roots might go back as far as the 17th century when Maratha soldiers needed their meat fix. The city’s first recognised military hotel – SG Rao Military Hotel around the Cottonpet area was established by a Maratha in 1908 (S Govinda Rao Rannore) lending some serious credence to this theory. Most military hotels are concentrated around the Cottonpet, Jayanagar and Malleshwaram areas to this day. Others attribute it to the soldiers in the British army who needed a change from the military mess and started flocking to these small eateries with the ‘military hotel’ (often spelt as militry here) tag. Of course it wasn’t just military personnel who dined here, these restaurants became a haven for predominantly male clientele who left their families behind in smaller towns in villages in search of better prospects in Bangalore.

Ranganna Military Hotel might not be the oldest Military hotel in the city but it has acquired a hallowed reputation since 1962 when it first opened its doors. My first impressions were a complete contrast from what I expected. Simple yet spotless interiors, lots of natural light and a spacious kitchen where hygiene is paramount. There are hardly any props except a clutch of framed sepia images from the 60s and 70s. Images of Munirangappa (aka Ranganna) then a famous wrestler in these parts after whom this restaurant is named. Ranganna’s son Sunil Kumar mans the counter now and keeps an eagle eye on his diners making sure everyone is being looked after. That can get quite tough by 1:30 pm on most days, when the restaurant is bursting at its seams. A move to a larger, new location in Jayanagar is still not enough to cater to the large crowds.

Ranganna and His Wife in The Kitchen. Image Credits: Ashwin Rajagopalan

‘Our regulars make us what we are today’. Sunil is clear that it’s old Bangalore that makes military hotels like Ranganna thrive. The newer, ‘epicurious’ types might make the one-off trek for that ‘been there ate that’ Instagram moment but it’s still a habit for the die-hards. I ask Sunil about the restaurant’s culinary origins and his response is quite nonchalant – ‘we serve Bangalore-style military food’. He adds that Bangalore has always been a melting pot, making it tough to single out a dominant culinary influence from a specific region or community. Gentrification might not be a 21st Century phenomenon in Bengaluru after all.

I first sample Ranganna’s evergreen mutton biryani. Mildly spiced and cooked with Seeraga Samba (the same small grain rice that is a ‘must’ ingredient for Biryanis in Ambur and Dindigul in Tamil Nadu). It’s the same type of Biryani that is served in cups crafted with Arecanut palm (donne) that the city calls Donne Biriyani, except here it’s served in a plate. Sunil typifies the establishment’s unassuming demeanour. No tall claims, a limited menu and a laser focus on getting the best ingredients into their kitchen. Ranganna still handpicks the meat and spends hours in the kitchen with his wife, while the masalas are freshly ground and come from the same supplier at City Market nearby. It’s the same template for most military hotels in the city where mutton has been the mainstay.

The restaurant’s Mutton Gurdha is truly scrumptious. Normally this dish is made with Mutton kidneys but at Ranganna, it’s finely minced along with the heart. The masala is dominated by ground pepper and a dash of saunf (fennel) provides a counterbalance to the spice. Also on offer are military hotel favourites like Thale Mamsa (brain fry) and Paya Curry (with trotters) that is usually served at breakfast with dose (dosa) or idli. Most of the gravies work well with Ragi Mudde (sticky finger millet balls that are standard fare in many parts of interior Karnataka). Sunil doesn’t seem too pleased with the growing demand for chicken; over the years many military hotels have added chicken dishes – Ranganna’s chicken fry is terrific, to cater to this shift. No dessert here though; most diners wind up their meal with a flavourful, bisi (hot) rasam (with a strong presence of Jeera), their own version of a digestif.

Promoted
Listen to the latest songs, only on JioSaavn.com
Shivaji Military Hotel (also in Jayanagar) is another establishment that usually has long lines during lunch time – their chicken fry and donne biryani are immensely popular. There are at least half a dozen military hotels - like Rajanna in Magadi road and Chandu’s Hotel in Malleshwaram, that offer the same high food quality but some of these establishments are not easy to access and are usually cramped for room. At a time when large chain restaurants seem to have taken over Bengaluru’s food scape, the city’s military hotels take you back to a time where home style cooking and restaurateurs with a hands-on approach ruled the roost. Even if you can’t find a piece of Bangalore’s soul within these walls, there’s enough soul food to bring you back.