Corn Pulao Recipe: How to Cook This Popular Rice Dish 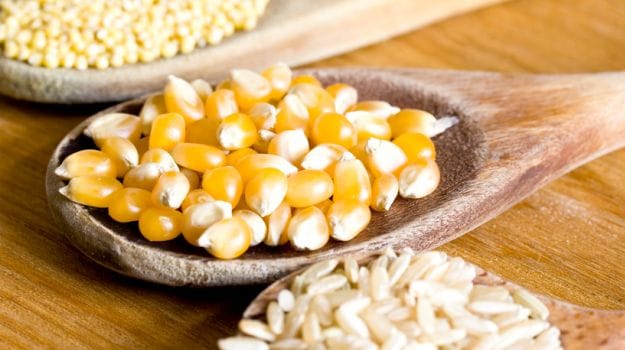 The word ‘pulao’ came from a Sanskrit word ‘pulāka’ meaning a ball of rice. Origins of pulao go way back to the ancient times. It also has a reference in ancient Hindu manuscript The Mahabharata, mentioning it to be rice and meat cooked together. The dish is the integral part of South Asian and Indian cuisine. All over the world rice symbolises prosperity and it is interesting to know 90% of rice is consumed in Asia itself.
The popularity of rice can be credited to Persians, Portuguese and rulers like Alexander the Great. These people travelled and took along with them a country’s food, culture and way of living. The exact origin of rice may be untraceable but it is fascinating to see where it has reached now. Pulao has various other names and styles of cooking. Some of them are Kabuli Pulao, which is a national dish of Afghanistan, Turkish Pilav, Osh Plov - a staple dish in Uzbek, and Paella - a Spanish dish cooked along with chicken sausages, salami, herbs and spices, but interestingly it doesn’t break into the category of pulao or biryani.

Pulao is a dish consisting of rice and a mixture of either lentils or vegetables, mainly peas, potatoes, carrots and beans, and also meats, such as chicken and mutton. Also the preparation keeps changing with every border we cross in India. While people in Maharashtra like to add peanuts, down South we can often see the inclusion of coconut and curry leaves. It is usually served on special occasions like wedding functions but also consumed on a regular day.Pulao shares similarity with well renowned Indian dish biryani. But there is a huge difference between the two. Biryani is cooked along with gravy and sometimes also layered, before being put on dum. On the other hand, pulao is not layered; plain rice is sautéed and tossed with herbs, spices and vegetables.

For the Love of Corn

Coming to Corn Pulao, it is one of the variants of pulao which has become a favourite over the years. The love for corn kernels or bhutta (smoked corn) is not uncommon in India. During the rainy season or winter, biting into hot bhutta sprinkled with red chilli powder is an absolute treat.

Corn Pulao is a wholesome dish, which is made with aromatic rice and golden corn kernels along with a mixture of other vegetables, spices and herbs. The dish is best served with chilled raita and fried papad. It is so simple yet so flavourful that you can have it for lunch, dinner and even as a quick meal on the go. Pack it in your office lunchbox or carry it when you are out on a picnic, it is versatile and pairs beautifully with other dishes.

While cooking the pulao, you can also play around with a range of spices to suit your taste. Most recipes call for red chilli powder to tune up the heat to contrast the sweetness of the corn kernels, and cardamom, cinnamon and cloves to make it aromatic. Bay leaves are also thrown in to build the flavour, along with garnishes like fresh coriander or mint leaves. For some crunch, you can add in some nuts like cashew, peanuts or almonds.

While you can use premium, long grain basmati rice to make the pulao as in the case of biryani, some cooks like to give it a skip and instead use an aromatic short grain rice called Zeera Samba or Govindo Bhog to make the dish. It works like a charm to build the flavour profile, making it an irresistible treat.

“I like to call this recipe Makai Pulao. This quick and easy pulao can be a good choice for vegetarians and a substitute for your biryanis,” says Executive Chef Machindra Kasture of Ashok Hotel, ITDC. Here’s his recipe -