The Dal Glossary: 8 Types of Lentils and Their Benefits 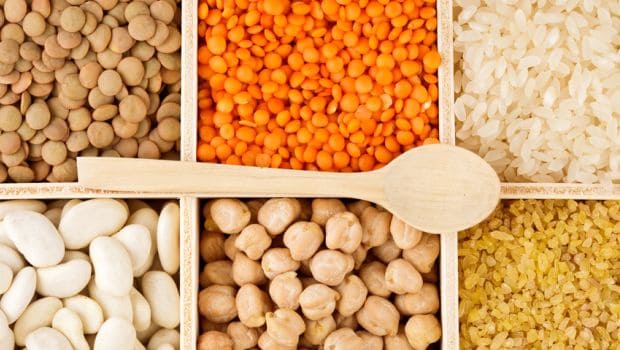 A meal at home is rarely fulfilling if a ladleful, or more, of dal is not served. It’s one of the most adaptable ingredients in an Indian kitchen. Take any one dal, the masoor dal for instance, and you can find at least five ways to cook it. And that too is seriously underestimation. Each region of India has its favourite selection of dal, even though most common ones are used pretty much everywhere, and each dal is prepared in a different way. For example, the arhar dal is used to make sambar is South India, amti dal in Maharasthra, and Gujarat’s famous khatti meethi dal as well. And all three have distinct flavours, and simply cannot be compared. The masoor dal on the other hand is used to make bodi (dried lentil dumplings) in Bengal, different kinds of desi soups, halwa in north India, and more.

In fact, dal is one of best-known sources of proteins for vegetarians, and comes with plenty of other benefits as well, which we shall get to as the article progresses. But one has to be careful while consuming too much of it. Dals are also known for the production of uric acid in our body, and can cause damage to our system if consumed excessively. So go easy on them.

Now, let’s begin by identifying some of the most commonly used dals in our homes. How many can you identify without having to wrack your brains too much? Let’s start:

Here Are 8 Types of Lentils and Their Benefits

The green moong or green gram is one of the most flexible pulses available. Not only can you make it into a simple dal, but it’s used to make sweets as well. Plus green moong sprouts are a wonderful source of protein. They are available whole, split, with skin on, and removed. It’s a source of manganese, potassium, folate, magnesium, copper, zinc, and vitamin B. Also high in dietary fiber.

This one is usually called black dal when whole, and white when it’s skinned and split. And yes, the black urad is the star ingredient in Dal Makhani. Urad is also used to make bondas, papads, medu vada, a version of payasam, and even dosas! It has a very earthy taste and is often slimy on the tongue. In Bengal, the white urad is also used to make Biulir Dal, a recipe that’s quite simple and yet absolutely delicious. And what’s quite unique about this recipe is that the flavour is enhanced by the addition of fennel. Urad Dal helps improve digestion, good source of protein, controls cholesterol.

The masoor dal is perhaps one of the most common pulses in an Indian kitchen. The Bengali bori/bodi made with masoor dal is an excellent addition to vegetables and even fish curries. And making it is really simple. Masoor dal is a good source of protein, essential amino acids, potassium, iron, fiber and vitamin B1. It also helps to lower cholesterol and control sugar levels.

(Also Read: Masoor Dal Benefits: This Kitchen Ingredient Is A Powerhouse Of Nutrients​)

Also called Pigeon Pea, arhar dal is one of the most used ingredients in an Indian kitchen. One of the most delicious ways to cook it is to make the Gujarati khatti meethi dal.  Arhar dal contains iron, folic acid, magnesium, calcium, Vitamin B and potassium.

Also called cowpea or black-eyed pea, probably because of the little black spot on the otherwise white dal, the lobia is known to have originated from West Africa, but it widely cultivated in Asia and the US. The lobia is cooked in plenty of ways in Asia and elsewhere. For instance in Vietnam, it’s used to make a dessert called Che Dau Trang where the peas are cooked with coconut milk and sticky rice. In Trinidad and Tobago it’s also used to make beans and rice. In India, it is prepared similar to how other dal preparations are made.

Health benefits: Lobia is packed with protein and fiber, and is a good dal to incorporate in your diet if you’re trying to lose weight. It also controls fluctuation of cholesterol levels, and keeps them lowered.

There’s little you can’t do with matar, or dried peas. And most of the recipes for this dal are the easiest. In Kolkata, the ghugni is one of the most popular street foods. It’s also cooked at homes as an evening snack. You could use the yellow variety or the green. Team it with fluffy luchis and it’s a winner.

Health benefits: High in protein, and dietary fibre. It’s also a good source of manganese, copper, folate, Vitamin B1 and B5, and potassium.

Also known as Bengal gram, channa dal, and Garbanzo beans, this dal comes in two forms: a smaller one with a dark skin, which is simply called kala chana, and the larger white ones that are also known as kabuli chana. It’s cooked in different ways, and can be sprouted to add to a salad. One of the healthiest ways to eat the kabuli chana is to make hummus out of it.

Not everyone likes the horsegram or kulthi. However underestimated, it does come with its benefits. Make a rasam with it, and you’ll warm up instantly on a cold night.

Health benefits: It is the best source of calcium among other pulse. It’s also high in protein content, low in fat, and in lipid and sodium content, and is good for those who diabetes or suffer from obesity. It is however high in carbohydrate.

Promoted
Listen to the latest songs, only on JioSaavn.com
For the recipe of rasam, click here.

About the author: Priyadarshini Nandy would love to call herself the writer who "divides her time between London and Prague", but being able to call both Bengaluru and Kolkata her home is equally gratifying. As an independent journalist, she writes about food, theatre, travel, and more food, for various publications - new age and old school.