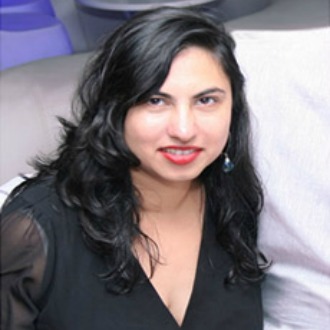 Anoothi Vishal is the author of Mrs LC's Table. She is also a columnist and food writer, specialising in cuisine history, culinary links between communities and regions, and the business of restaurants.

She writes for the Economic Times, NDTV Food, Business World and other leisure and business publications. Her blog amoveablefeast.in is widely read by the fooderati in the country, and appreciated for its candid views and insightful, detailed writing.

Anoothi is among the few food-writers in the country who has also been on the other side of a restaurant kitchen. As founder of The Great Delhi Pop-UP, she cooks for and curates pop-up dinners for select audiences in Delhi, Mumbai and other cities. The idea is to expose audiences to the diversity of Indian cuisines, defined not just by regions but by the unique cooking practices of each community.

A non-stop traveller, the idea for the pop-up dinners occurred after she experienced some off-the-mainstream, experimental restaurants driven by non-professional chefs in global dining hubs such as Melbourne, London, and Toronto. The result was the first Great Delhi Pop-up in the home of writer friends, where a motley bunch of people came together, emptied out the house of its furniture, put some tables and chairs and had a feast, with Anoothi cooking up her family's Kayastha khana and serving it with Champagne. Since then, the pop-up has grown and travelled.

Anoothi also cooks at hotels and restaurants, along with her father Rajeev and aunt Minoo, both exceptional home cooks, the food of her family and community. "Kayastha Khatirdari", her food festival, has travelled across India, showcasing the unique syncretic heritage of the community to diners at various hotel chains, including ITC hotels in Chennai, Bangalore and Delhi, The Park, Claridges, Radisson and others.

Thanks to her family's strong tradition, food has always been a preoccupation with Anoothi. She learnt to roll out perfectly round rotis by the time she was 10 and to experiment in the kitchen, encouraged by Barima, her grandmother, who narrated her recipes and anecdotes about all the great family cooks. At 11, she got gifted an oven by her parents for her birthday, and for several years after, baked imperfect cakes and desserts for family and friends.

But the interest in cooking was always secondary to the passion for writing. An adolescent poet and amateur contributor to newspapers in Lucknow, where she grew up, Anoothi naturally gravitated towards studying literature at Lady Shri Ram, New Delhi, and then towards print journalism, where she wanted to write on art and culture.

As a cub reporter at the Indian Express, however, she got sent to one of her first assignments-a food review of a newly opened Awadhi restaurant in Delhi. She came back and wrote a piece and immediately bagged the job of being the Indian Express's restaurant critic and food columnist in 2000, at a time, when few restaurants existed outside the hotels - and no one wanted the job of writing on a subject with so little to write about!

As the country's youngest restaurant reviewer and food columnist at that time, Anoothi's views in "Foodphile" garnered much attention for being as honest as contentious. Since then, she has written on diverse subjects including society, business, travel, fashion, art and culture for the India Today group, the Business Standard, where she was features editor, and the Times of India group of publications. But her best writing -- and experiments-remains reserved for food, its creation and consumption.